Vienna DB – SQLite: Where it came from and where it is going 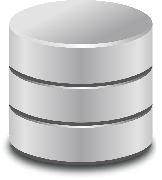 The event is currently booked out, but there will be last minute cancellations. Join the waiting list to get a free spot if one becomes available.

# SQLite: Where it came from and where it is going

This talk will describe how SQLite came to be, how it is different
from other SQL engines and other open-source projects, the business
model used by the SQLite development team, and forecasts for where
SQLite is going in the future.

In a rare confluence, the two primary SQLite developers, Richard
Hipp and Dan Kennedy, are both expected to be in attendence and
participate in the presentation.